The Board of Directors and Promotion Staff for Healing Patriots are all volunteers comprised of veterans, community leaders, and business professionals.
As a volunteer, no one will receive any personal financial compensation for their work with the organization.

The mission of our team and with our partners is to make a difference in the lives of our heroes. 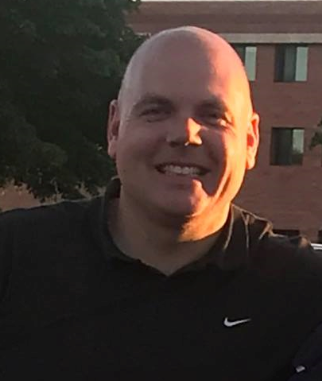 Eric Guse is a police officer for the City of Glendale in Wisconsin.  He has been an officer with Glendale for 17 years. He was a K-9 handler with his partner “Boomer” from May of 2009 until June of 2018. He is a state certified instructor in EVOC (Emergency Vehicle Operations) and Vehicle Contacts, he serves as an FTO (field training officer) and is also a CIT (Crisis Intervention) officer.  He is also a board member for the Wisconsin Law Enforcement Canine Handlers Association. His dad was an MP in the US Army and then served as a police officer in Milwaukee and Germantown until he passed away in 1996.  Eric is proud to be following in his dad’s foot steps as a police officer.

When Eric is not working, he enjoys to play golf and likes to fish if he finds time. He loves spending time with his beautiful wife Teresa and their 3 kids: Makenzie, Emily, and Josh.

Eric was part of the Inaugural HPX1 to Presque Isle, Wisconsin in May of 2017.  He has been involved in numerous high stress situations including an officer involved shooting. The expedition to Presque Isle helped him with some of the lingering effects of those incidents. As the Healing Patriots’ police liaison he is hoping to be a driving force with Healing Patriots in the mission to assist our first responders (police and fire) in their “New Beginning.”

“I know there are other police officers and fire fighters that have gone through very intense situations and some have not fully recovered, mentally or physically. My goal is to reach those brothers and sisters and offer them any help that I can offer them. I am so honored to be part of Healing Patriots, as it is another resource for me to offer. During the expedition that I was part of, I gained a great perspective and insight from all of the people I was there with, whether it was the great staff of Healing Patriots, or the 4 other heroes that were with me. I came away from that trip making numerous new friendships and had a great time away from my job and the stress it entails. Please reach out to me anytime if you have any questions or just want to talk!” – Eric

Wayne is a 30 year firefighter serving through the years as a firefighter/EMT, MPO and as an officer. Wayne is proud to have served in his community and continues to be involved wherever he can.

Wayne went on the 2018 Canada Expedition (HPX2) and had a life changing experience during that trip. Because of that trip, he has come on board to be the First Responder Liaison for Healing Patriots. He is dedicated to helping his fellow brothers and sisters who have served that are in need of help.

Wayne is married to his wife Debi, and has four sons; Jacob 21, Nick 20, Zach 17 and Josh 16. Some of his children are following in his footsteps as his son Nick is currently serving with the United States Marine Corps and soon will be deployed. His son Zach is going to school for firefighting,

He loves the outdoors and has a new passion for fishing. 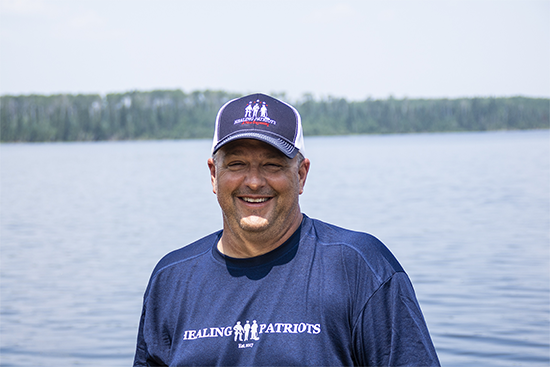 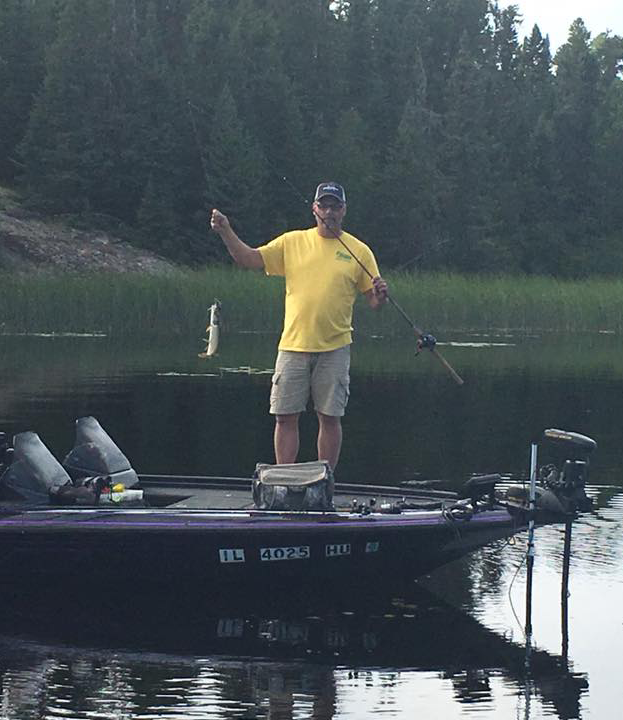 Joe served in the United States Air Force from 1988-1998 as an Aerospace Ground Equipment Mechanic. His duty stations included Elmondorf AFB Alaska, Dyess ARF Texas, and Kusan Air Base in the Republic of Korea. Joe currently works for First Data Corporation as the Lead Customer Engineer for banking systems and in his off time, he is enjoying the outdoors with other veterans on hunting and fishing trips.

Joe is also a member of the Central Illinois Bass Master and is the proud father of two girls Danielle (24) and Isabella (3) and husband to Pamelas Batac-Parker.

Travis J. Soletske was enlisted in the US Army WI National Guard at the age of 17 from 1997-2006. He was an E-5 and a 91 Whiskey (combat medic) and also a 50 cal gunner when deployed in 05. At the time of his deployment he was training at Camp Shelby Mississippi, and was injured during training, and sent home on a honorable medical discharge.  During Travis’ time in service he had many duty stations in TMC’s, and in some civilian ER’s. Some of the things that he witnessed and treated caused him to have nightmares and other problems. For years he just dealt with this and didn’t know what it was, until he was diagnosed with PTSD from the VA……..now many years later he has learned how to cope, treat, and help others with the things that he has learned on how to deal with PTSD in everyday life, and also how to talk about it, pray about it, and have faith in the Lord to help get through it.

His mission with Healing Patriots is to be able to reach out to the younger generation and help them with the everyday struggles that he has personally dealt with for many years, and now he has the knowledge and resources to help them and not have to go through the mental anguish he had to endure for so long.

Travis is also an avid outdoorsman. He loves to fish and hunt with his family and friends. He fishes a Pro bass circuit, and enjoys getting kids and veterans outside to enjoy what God has created for us. Travis uses fishing as an “out” for when his mind gets scrambled from the everyday hubbub of life or has a PTSD episode, it brings him back to earth.

“There’s nothing like seeing a big ol bass smash a top water first thing in the morning, or feel that “thump” on a jig when you flip it into a tree, or flying at 70+mph over the lake when it’s glass out during the morning take off of a tournament…….it just cleanses the soul……..and makes the tears freeze against your face. If there is anything…….and I mean ANYTHING myself or someone on our team can help you with, or if ya just need a friend to talk to, or an ear to listen, PLEASE let us know.” ~ Travis 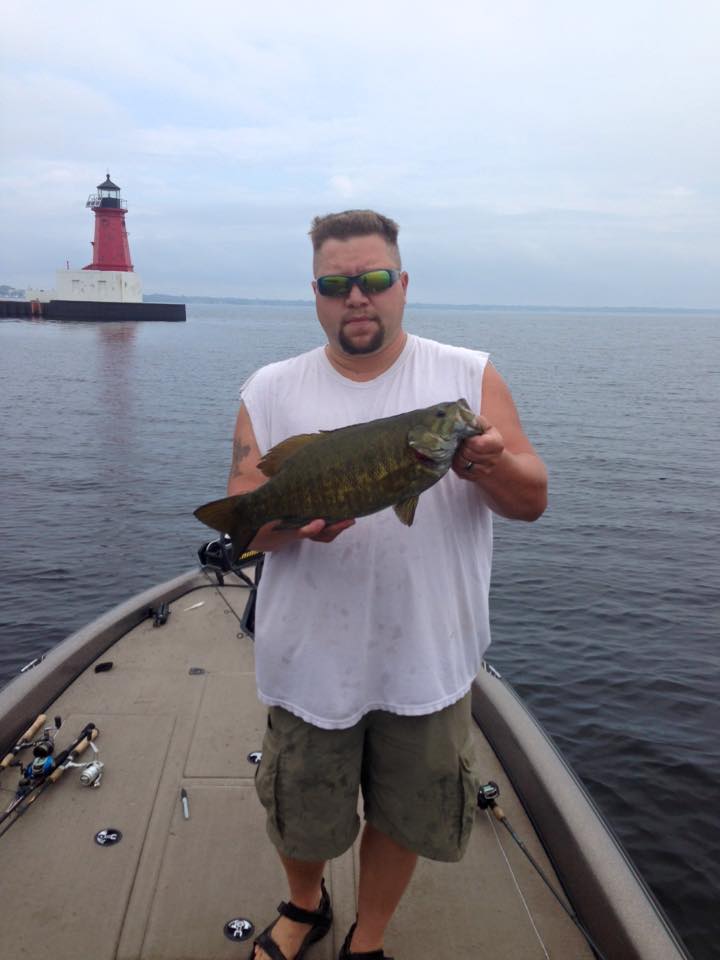 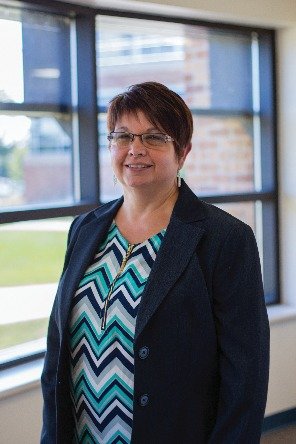 Carrie Scheel, EdD, OT/L, CPE, is the Chair and Professor of Occupational Therapy at Concordia University and co-owner of ErgoWISE Solutions, LLC.
Dr. Scheel holds her EdD in Educational Leadership for the Advancement of Learning and Service from Cardinal Stritch University, a Master’s degree in Human Kinetics (Biomechanics and Psychology) from the University of Wisconsin-Milwaukee and her Bachelor of Science Degree in Occupational Therapy from Mount Mary University. Dr. Scheel has over 30 years of experience in work injury solutions including work hardening, functional testing, lean ergonomics for office and industry, and other prevention services. She works with a variety of companies providing ergonomic consultation, early intervention, and on-site return to work programs.
She is a Certified Professional Ergonomist (CPE) and holds her green
belt in six sigma.

Carrie comes from a family of first responders, including her stepdad who helped with rescue and recovery at the site of the twin towers on 9-11, an uncle who was a department fire chief, a brother who was an EMT, and cousins who are police officers. She has worked as a mental health occupational therapist in addition to work practice and is passionate about helping veterans and first responders begin the healing process. Carrie’s goal when working with Healing Patriots is to help create an environment of openness and caring so that guests can identify and begin to practice ways to cope with the everyday stress of being a veteran or first responder with practical techniques of mindfulness, time management, resource identification, as well as sleep and stress management.

Walt Bublitz is retired after being blessed with working a number of years in a career that spanned many disciplines, the last of which was 20+ years as an IT manager. In his retirement, Walt is giving back by volunteering his time in a variety of endeavors including working with kids in the local school district, and taking kids, disabled adults, veterans and first responders fishing. A good part of his time is spent raising guide dogs for the blind for a volunteer organization called Occupaws which raises dogs to give to the visually impaired at no cost.

Walt grew up in northern Wisconsin where he learned to appreciate the great outdoors. Walt’s most ambitious outdoor adventure was a 4 month, 1,000 mile solo canoe trip from Ely, Minnesota to Winnipeg Canada. He is passionate about sportsmanship and love of nature.

Walt is married to his soul mate Karen and they have a daughter with two wonderful grandsons. Walt’s other activities include photography and woodworking. 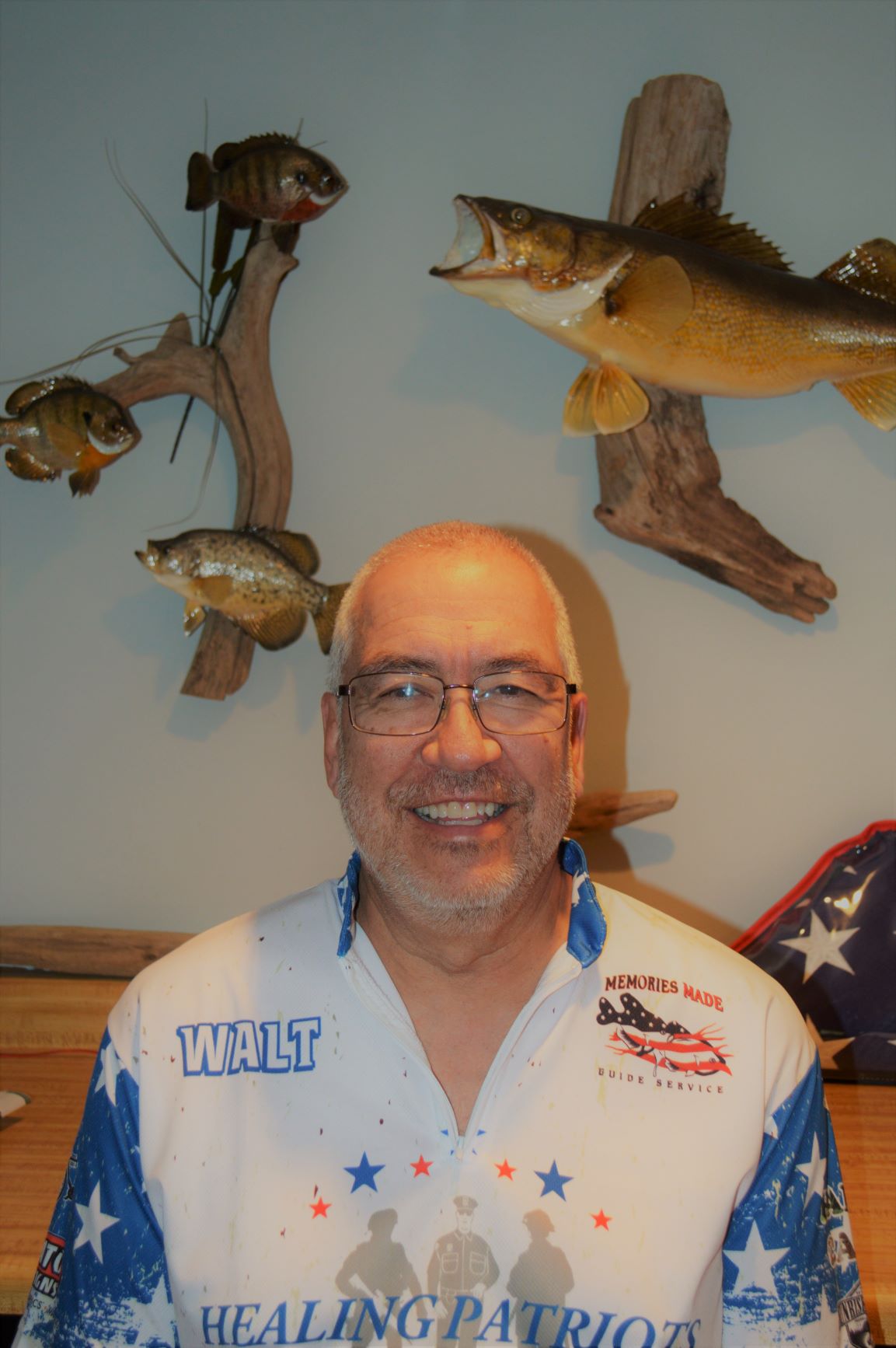 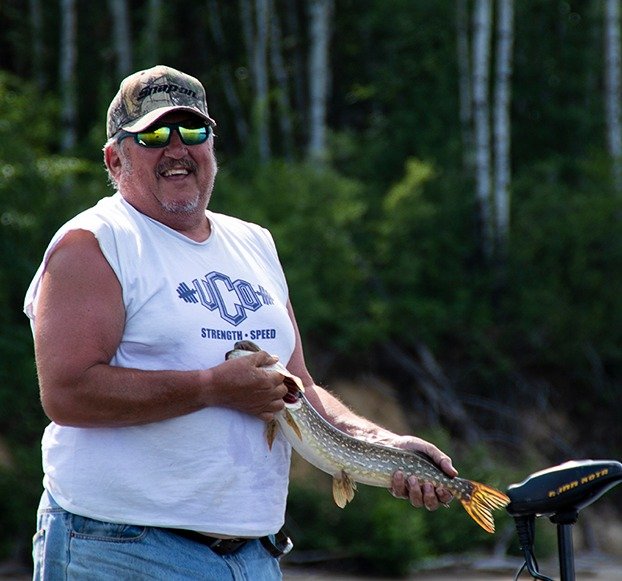 Wes (“where is your housekey”) served in the United States Air Force from January 1974 – August 1996. He Trained as an Aircraft Maintenance Technician, served as a Fighter Aircraft Crew Chief, Flight Chief and Production Superintendent. His duty stations included Clark AFB Philippines with TDY’s to Saigon South Vietnam, Udorn Thailand and U-Tapao Thailand. Then on to K I Sawyer AFB, Upper Peninsula Michigan with a TDY to Keflavik Iceland. Next stop was Tyndall AFB, Florida, then Holloman AFB, New Mexico, followed by a stay at RAF Upper Heyford, England with TDY’s to Incirlik AB, Turkey. Finally, ended my military career at Cannon AFB, New Mexico. My “Crew Chief background afforded me the opportunity to work around numerous types of jets from F106 Delta Darts to F15 Eagles.

Awarded an Airframe and Powerplant license in 1978, a Private Pilot license in 1980 and them an Inspection Authorization rating in 1981. Graduated from Embry Riddle Aeronautical University with a Bachelors in Professional Aeronautics.

Currently employed at Gateway Technical College as the Head of the Maintenance Department for the Professional Pilot Training Program and as an NC3 Adjunct Instructor. If there is a passion in my life, it is “ANYTHING” to do with Aviation.

Being an “older” person I was guided to this organization after being helped by members who noticed the baggage I was harboring for almost 20 years. My prayers, are to reach out and help my era Brothers and Sisters who “closet” all the feelings and emotions which have been trapped within them for decades, unaware of the avenues out there that provide peace of mind.

My hobbies include “ANY’ type of fishing, “ANY” type of hunting, and “ANYTHING” to do with aviation.

Finally, I want to acknowledge my greatest supporter, partner, and friend, my wife LYDIA who is always by my side.